As Heard in the Classroom 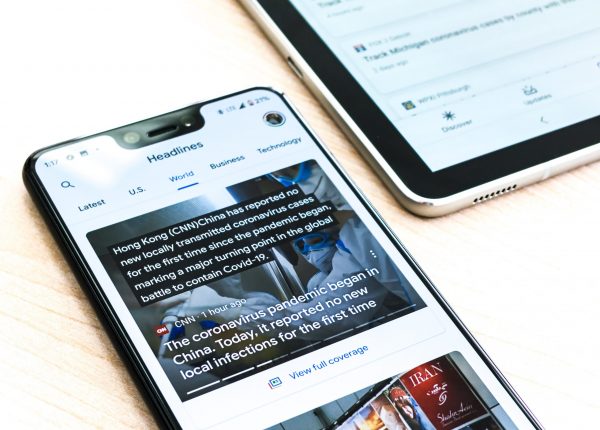 Under Pressure sees peer educators – young role models – engage in conversation with other young people, relating their own experiences with disinformation, conspiracy theories, the media and democratic values. During their visits to schools, which they now also do digitally, they pick up important signals on what occupies young people regarding these topics. Some of which are alarming, while others are positive. During the classes, students learn more about why it is so important to engage in open dialogue and adopt a critical attitude towards traditional and online media. “We should appreciate the freedom of speech we have in our country.”

“My students share conspiracy theories all the time” or “My students know what ‘fake news’ is, but they don’t have a clue about how to recognise it”: this is just a small selection of the concerns that teachers express to us. They can see on the one hand how little confidence their students have in journalists and on the other how easily they can get wound up in polarising content and videos posted by conspiracy theorists. “My students have stopped believing the news because of corona”, one teacher sighed. Young people often feel poorly represented by mainstream media, if they feel represented at all. At the same time, they are exposed to an online maelstrom of polarising content day in, day out, with disinformation and conspiracy theories spreading at lightning speed. The signals we pick up during regular classes and special Under Pressure sessions are clear evidence that a good discussion about the topic is sorely needed.

“Conspiracy theories can be a valuable warning”

On top of conspiracy theories and disinformation, social isolation is a major concern. The interaction between algorithms and one’s own click and search behaviour can create a onesided information diet, with young people no longer encountering other opinions and views online, leaving only room for one truth. Posts that tell a different story are easy to ignore, as was evident from this particularly salient remark made by a student during Under Pressure: “If I see something I don’t like, I just block it so I don’t have to see it again.”

Peer educators, who now also visit digital classrooms because of the corona pandemic, hold up a mirror to students, adopting a vulnerable approach and explaining how the spread of disinformation works by talking about conspiracy theories they used to believe in. The fact that these peer educators are part of the same online environment as the students they talk to is essential for the programme: because young people have an entirely idiosyncratic (online) media diet, teachers often struggle to effectively talk to students about disinformation.

Students gain important insights from the conversations they have with peer educators about democratic values such as freedom of expression and freedom of the press. One student, for instance, told us that they had “learned how interesting other people’s opinions can be”, realising “that we should appreciate the freedom of speech we have in this country.” Another student told us: “I’ve learned how to keep an open mind and why this is important.”

Students were also particularly impressed by the special Under Pressure Game developed to teach them more about the underlying mechanisms of disinformation. For example, the game shows how disinformation plays into people’s emotions. “Once people are caught up in their emotions, it’s hard to put things in perspective”, one student noted, “which will make them less likely to question whether something is true or not.” Another student realised how social media accounts with a large reach are sometimes mistakenly believed to be trustworthy: “The size of your following is key. If you have more followers, you’re more likely to be believed.”

Students are enthusiastic and enjoy interacting with each other and the peer educators during the classes. In their evaluation of the Under Pressure sessions, one student was full of praise, saying: “It’s really cool what you guys are doing. The discussions are a fun part of these guest classes – we don’t usually talk about these issues in class”. Another student complimented the peer educators on the safe atmosphere they created in the classroom. “I felt free to express my emotions without having to fend off disparaging remarks.”

Schools are enthusiastic about the teaching programme and stress the value of having their students engage with peer educators, with one teacher reflecting: “My students have started thinking for themselves (…), as is evident from the questions they ask me in class. They’ve also become more aware of disinformation.” Another teacher noticed that students could put their newfound knowledge to good use when following democratic processes. “I can clearly see that the lessons have had an effect. When we were watching election debates a few days after the sessions, a student said “Hey, that’s an example of disinformation!”.

Since the coronavirus took hold of the world in 2020, the World Health Organisation has said it is not just fighting a pandemic, but an “infodemic” as well: a flood of information of epidemic proportions that makes it more difficult to find true information. Although social media platforms introduced certain measures to combat disinformation, such as banners with facts and links to reliable websites, conspiracy theories and disinformation about the coronavirus still abound on many platforms. The BBC and The New York Times, for instance, found that English anti-vaccination content on Facebook and Instagram is increasing rather than decreasing. 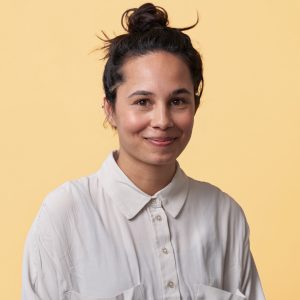